Will I Enjoy Trump’s Empire: Idle Game if I Loathe His Very Being?

“Any similarities between a fictional character Donald and Donald Trump or any other person living or dead are purely coincidental!” – You have to admire the cojones of a game developer who would write that on their app store page when the man in question is notoriously thin-skinned and has a habit of suing his way through life. Especially when the game character looks exactly like him. And sure, while the in-game reality-tv-star-turned-president is just called “Donald”, the name of the game is literally “Trump’s Empire”.

Knowing that the game is not associated with the man himself certainly makes the prospect of playing it more appealing. It’s not just another outsourced project he’s whacked his name on so he can pretend to be an entrepreneur. But will you want to play a Trump mobile game that sees him rise to success even if you think the man is a scoundrel and a fraud? I would argue, yes.

For starters, you can play the game just to enjoy the schadenfreude of making him lose. You can make him lose the 2020 election over and over and over again. Moreover, the fact that the game sees “Donald” building a border wall with dried noodles suggests that at least some of the game designers are clued up on Trump’s charlatanry.

Of course, you may be left wishing the game did more to address the fact that he’s stoked racial divisions, undermined global democratic standards, demonized the most well-regarded journalistic bodies, irreparably damaged the US’s international reputation, sold out the founding fathers, locked migrant children in cages, used the presidency for his personal gain, and may or may not have committed treason by encouraging foreign powers to interfere in US elections. But hey, it’s just a simple mobile game at the end of the day.

While, no doubt, there are some people playing the game unironically with no malice in their hearts, they are likely the same type of people who still think POTUS-45 is a business genius in spite of the fact he has bankrupted countless businesses (including, somehow, casinos) and that his tax returns revealed huge losses, a massive exaggeration of his wealth, and a litany of cluelessness. Fun fact: an analysis of Trump’s finances revealed that he would have made more money if he had simply left the money his father gifted to him in an index fund rather than using it to plaster his name on cheap steaks, a fraudulent university, and his many other failed schemes and scams. So yeah, there’s a certain enjoyable irony in making Trump’s Empire an idle game.

If you too found 2016-2020 destroyed a large portion of your faith in humanity and caused you endless sleepless nights, and now you don’t have the stomach for occasionally seeing the Donald happy, then I understand. However, play the game right and you’ll also get the satisfaction of seeing President Tangerine in colour-matched overalls quaking behind bars. Sweet, sweet catharsis.

Mobilegames Giveaway: Enter now to get your chance of winning a Razer Kishi!

The views expressed here do not necessarily reflect the views of the mobilegames.com brand. 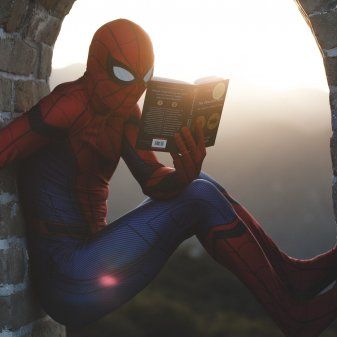 Mobilegames Giveaway: Enter now to get your chance of winning a Razer Kishi!